The Week on Wall Street

U.S. stocks were under pressure all week due to recession concerns and unsettled trading in the bond and currency markets. This stress followed economic steps out of the U.K. During the previous week, the Bank of England (BOE) raised interest rates, and its prime minister announced unfunded tax cuts that the markets interpreted as inflationary.

The Bank Of England Acts

Global bond and currency markets have been volatile recently due to global central bankers raising interest rates to combat inflation. Developments in the U.K. took center stage last week when the BOE announced it would be buying long-dated U.K. government bonds. Upending the financial markets was the previous week’s announcement of tax cuts by the country’s new prime minister, a step many investors viewed as counterproductive to the BOE’s inflation-fighting efforts.

Quote of the Week

“The trust of the innocent is the liar’s most useful tool.” 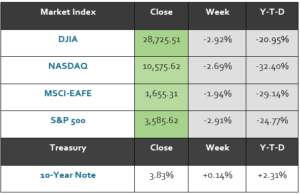 Mashed potatoes are a classic side at any meal, but they can be calorie-dense and don’t provide as much nutritional benefit as other veggies. If you want a tasty and easy way to incorporate more veggies into your meals this year, try this simple mashed cauliflower recipe: Shoulder Turn and Tilt in the Backswing

So, your chest will pretty much be facing directly away from your target. If you were to draw a line across your shoulders, that line would be perpendicular to your target line.

In the backswing, the shoulder tilt ought to be noticeable. We could get exact numbers, but that doesn’t help much to tell you that the average pro golfer has a shoulder tilt of about 35 degrees. What you need to know as a player in the backswing is that the front shoulder ought to be lower than the back shoulder. This gives you an angle pointing downwards towards the ball. It allows you to approach the shot from a steeper angle and get the ball in the air.

With Shared Custody, Taxes Can Get Complicated

If you have a legal agreement with your child’s other parent regarding custody, you likely have questions about claiming the child on your tax return and what credits (if any) for which you are eligible.

* This information is not intended to be a substitute for specific, individualized tax advice. We suggest that you discuss your specific tax issues with a qualified tax professional.

Photo of the Week 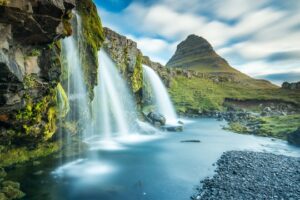 Financial planning and investment advisory services offered through Cleveland Wealth, LLC, a Registered Investment Advisor. Information presented is for educational purposes only and does not intend to make an offer or solicitation for the sale or purchase of any specific securities, investments, or investment strategies. Investments involve risk and unless otherwise stated, are not guaranteed. Be sure to first consult with a qualified wealth advisor and/or tax professional before implementing any strategy discussed herein. Past performance is not indicative of future performance.